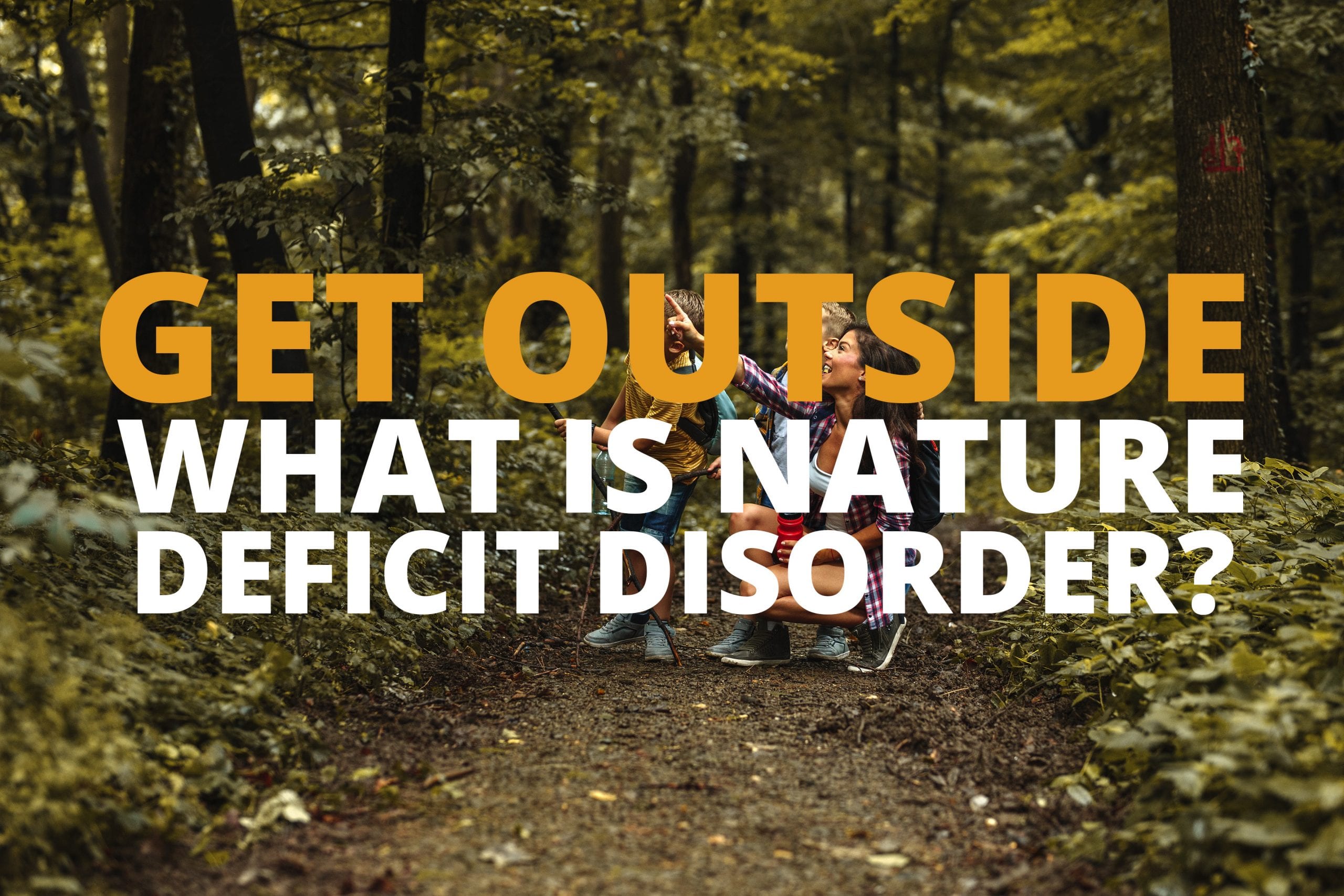 Get Outside: What is Nature Deficit Disorder? 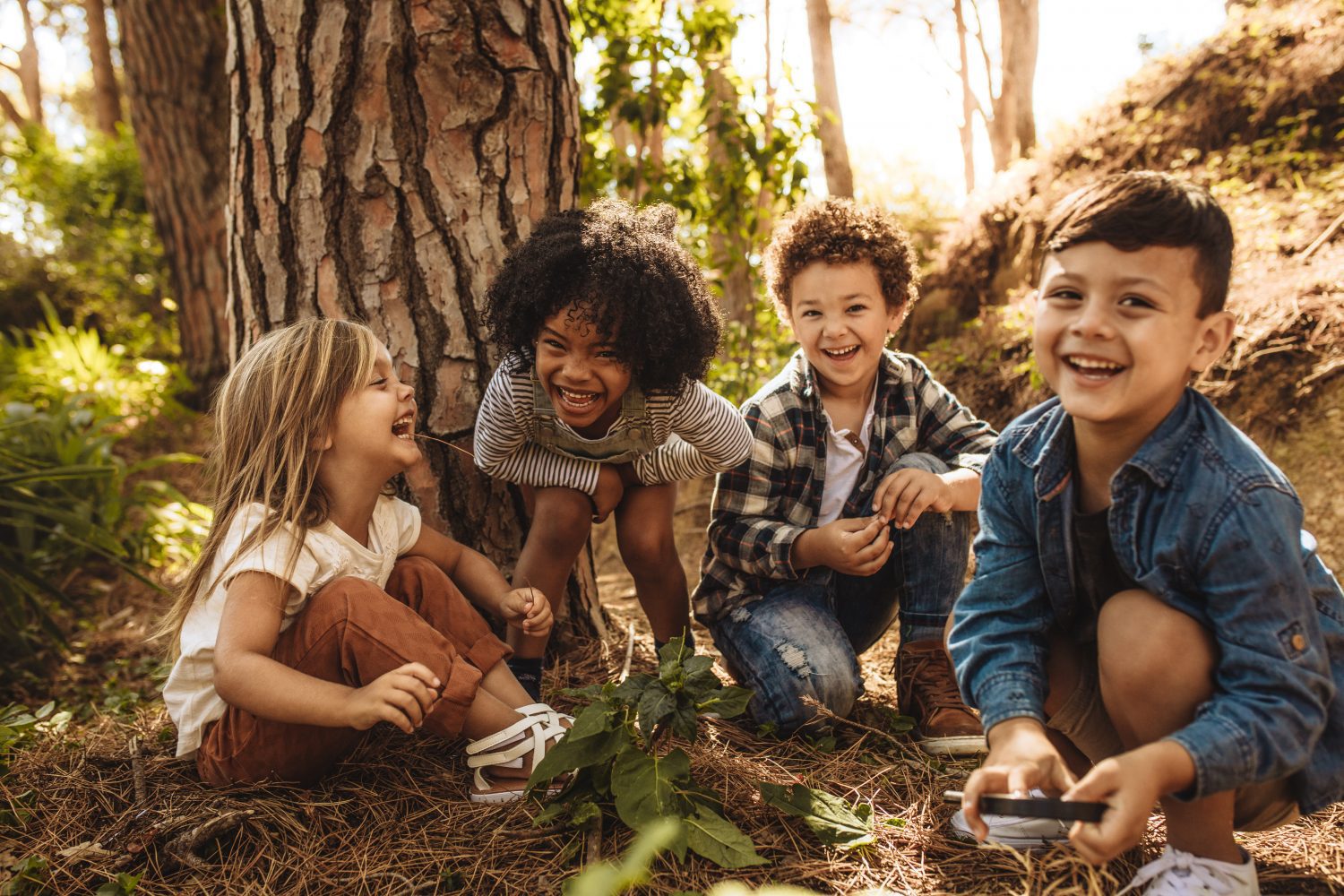 “Passion is lifted from the earth itself by the muddy hands of the young; it travels along grass-stained sleeves to the heart. If we are going to save environmentalism and the environment, we must also save an endangered indicator species: the child in nature.”

What is Nature-Deficit Disorder?

Nature-deficit disorder is a term coined by American author Richard Louv in his book, “Last Child in the Woods: Saving Our Children from Nature-Deficit Disorder.” Though not an official medical diagnosis, this term describes the human costs of isolation from nature. It is no secret that children today are spending significantly less time outdoors than previous generations.

Our increasingly technological world makes flopping down in front of the TV or getting lost in an Ipad all but second nature. The average American child spends 4-7 minutes per day playing outside, compared to 7 hours per day in front of a screen! This begs the question, what are the long-term consequences of this severe withdrawal from the natural world? 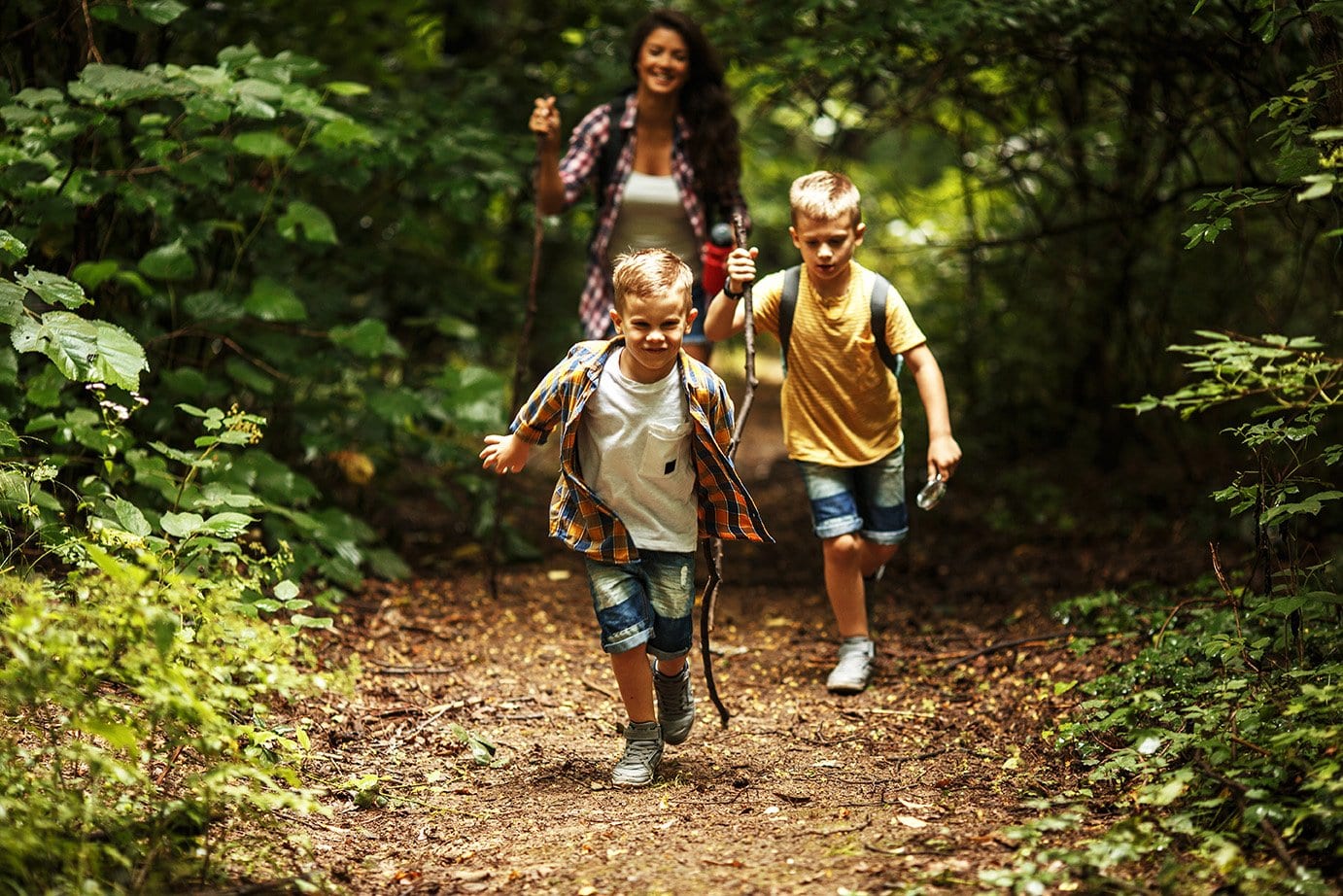 6 Benefits From Being Outside

Studies have shown that even just viewing a picture of greenery can have positive influences on mental health. Considering that, imagine what getting outside for a hike in the woods can do! The idea of nature-deficit disorder and its effects on children has sparked an entire movement of outdoor education enthusiasts, all brainstorming ways to get kids outside! Spending more time in nature offers a plethora of benefits to developing children.

From building self-confidence to developing a healthy body and mind, spending at least one hour outdoors a day can have a lasting positive impact on the rest of a child’s life. Read on to discover 6 of the top benefits that come with playing in nature! 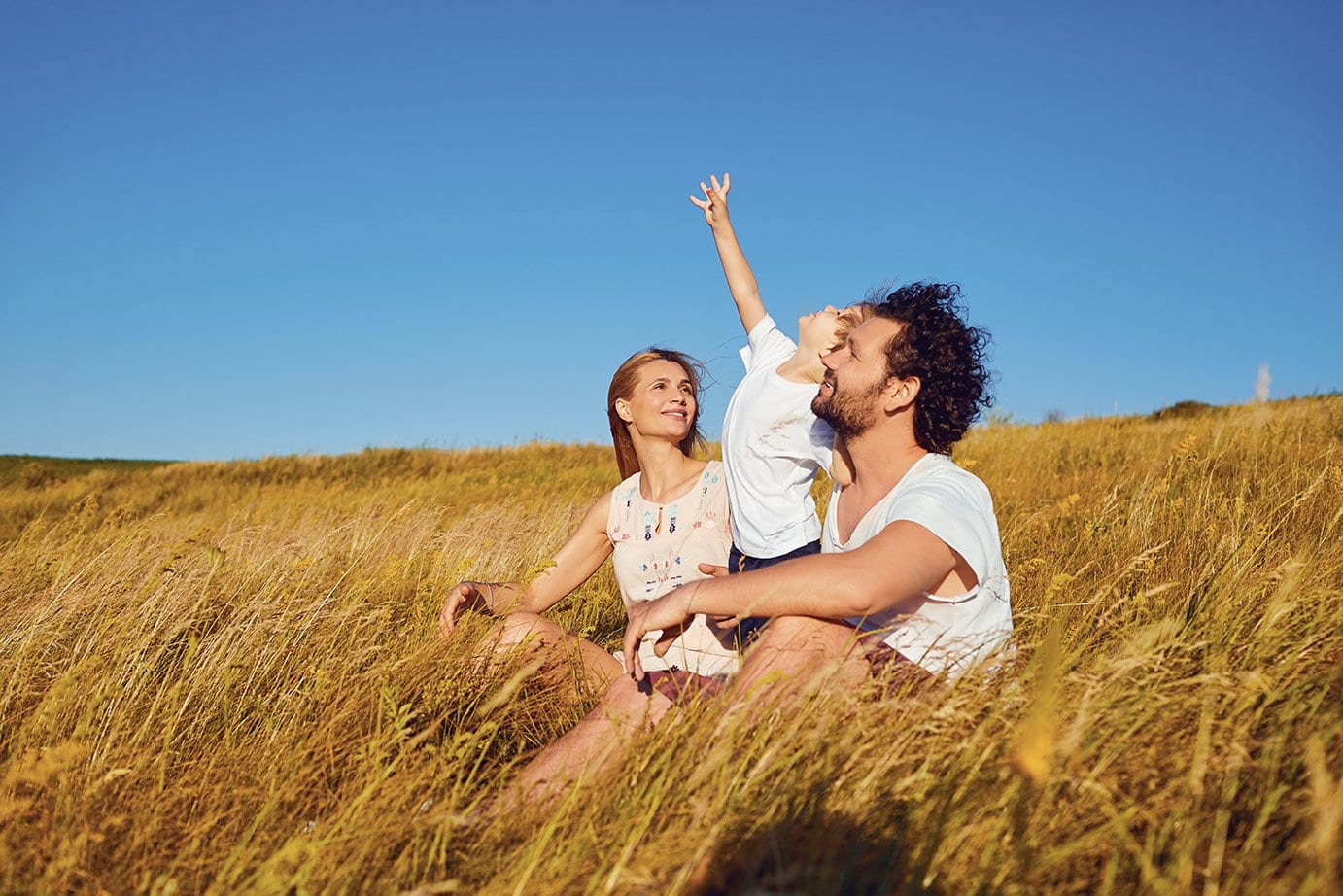 The sun is of vital importance for our bodies to make vitamin D, an essential vitamin that supports healthy bone growth and immune system functionality. Sun exposure also promotes a healthy sleep cycle and improves mood. Our bodies work best with at least some sun exposure every day.

A growing child should be spending at least one hour being active every day. The best activity for a child is unstructured playtime outside, giving them a chance to exercise their mind and imagination just as much as their body! 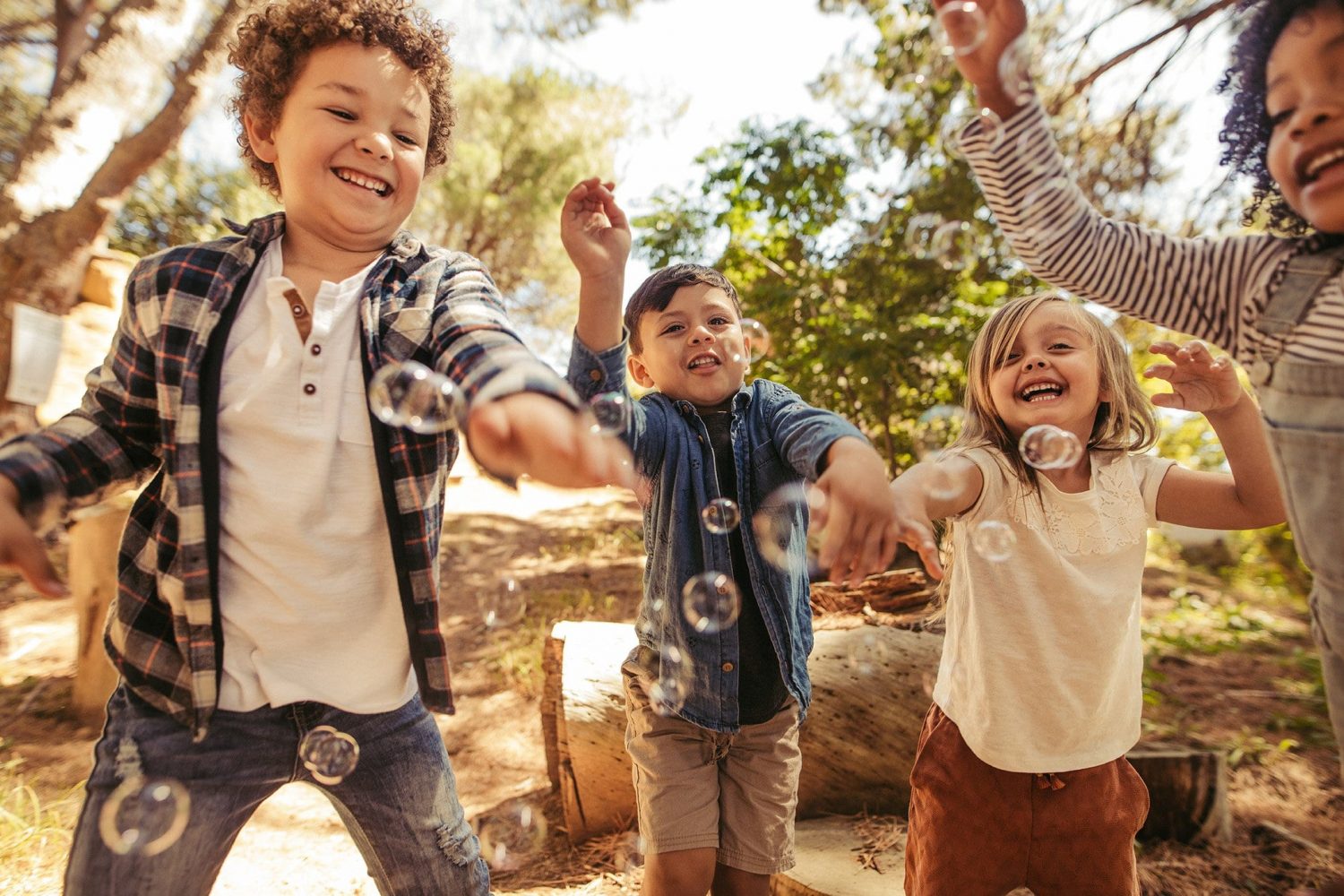 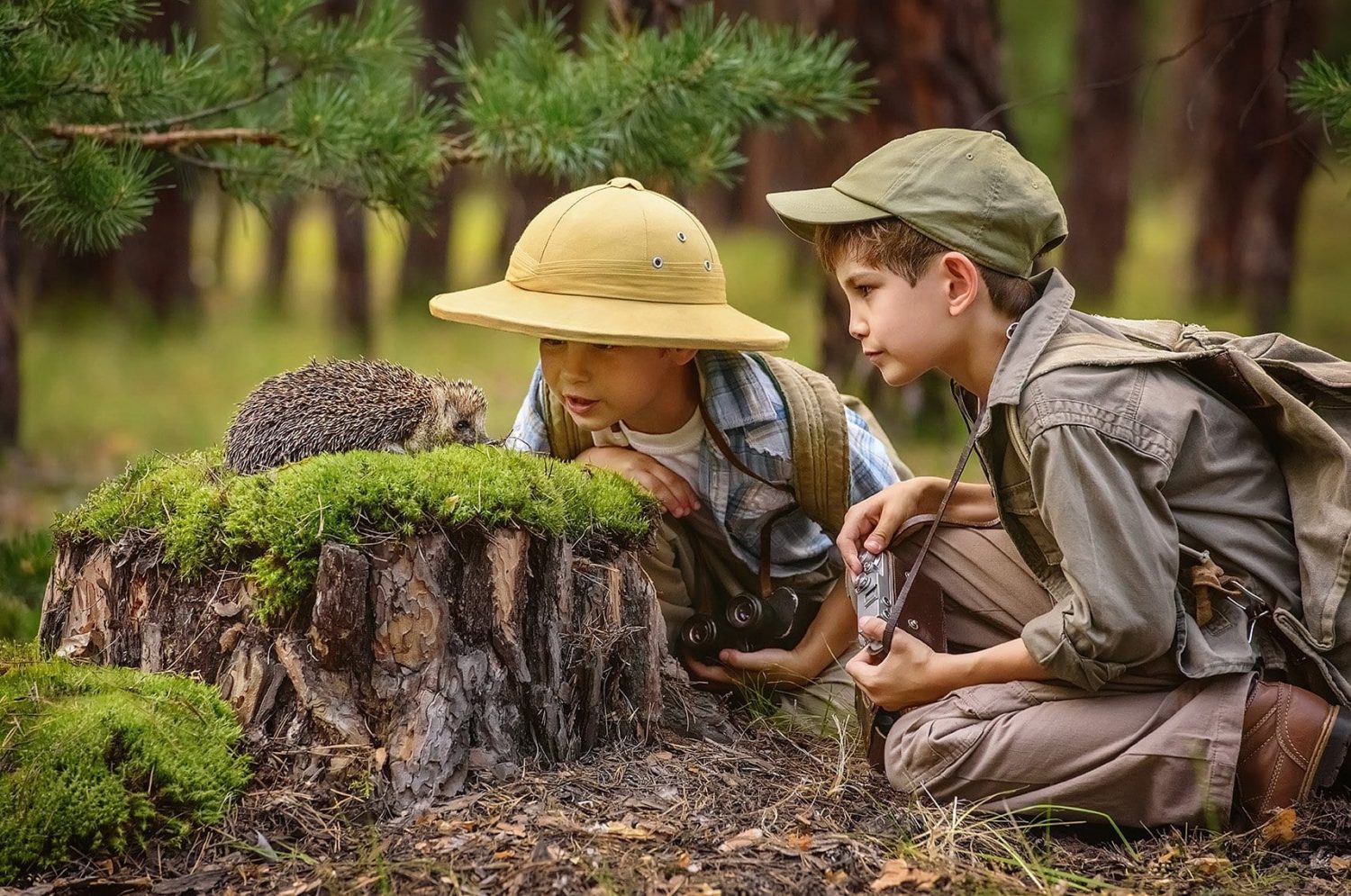 Unstructured free time in nature benefits the skills that help us plan, prioritize, troubleshoot, negotiate, and multitask. Being given the time and space to tap into imagination is essential for the developing mind. Creating games, figuring things out, self-amusement, all found once a child steps outside!

A child will never learn what they can do without at least some space to make mistakes and problem solve from them. The lessons we learn from failure are just as important as the ones we learn from success! 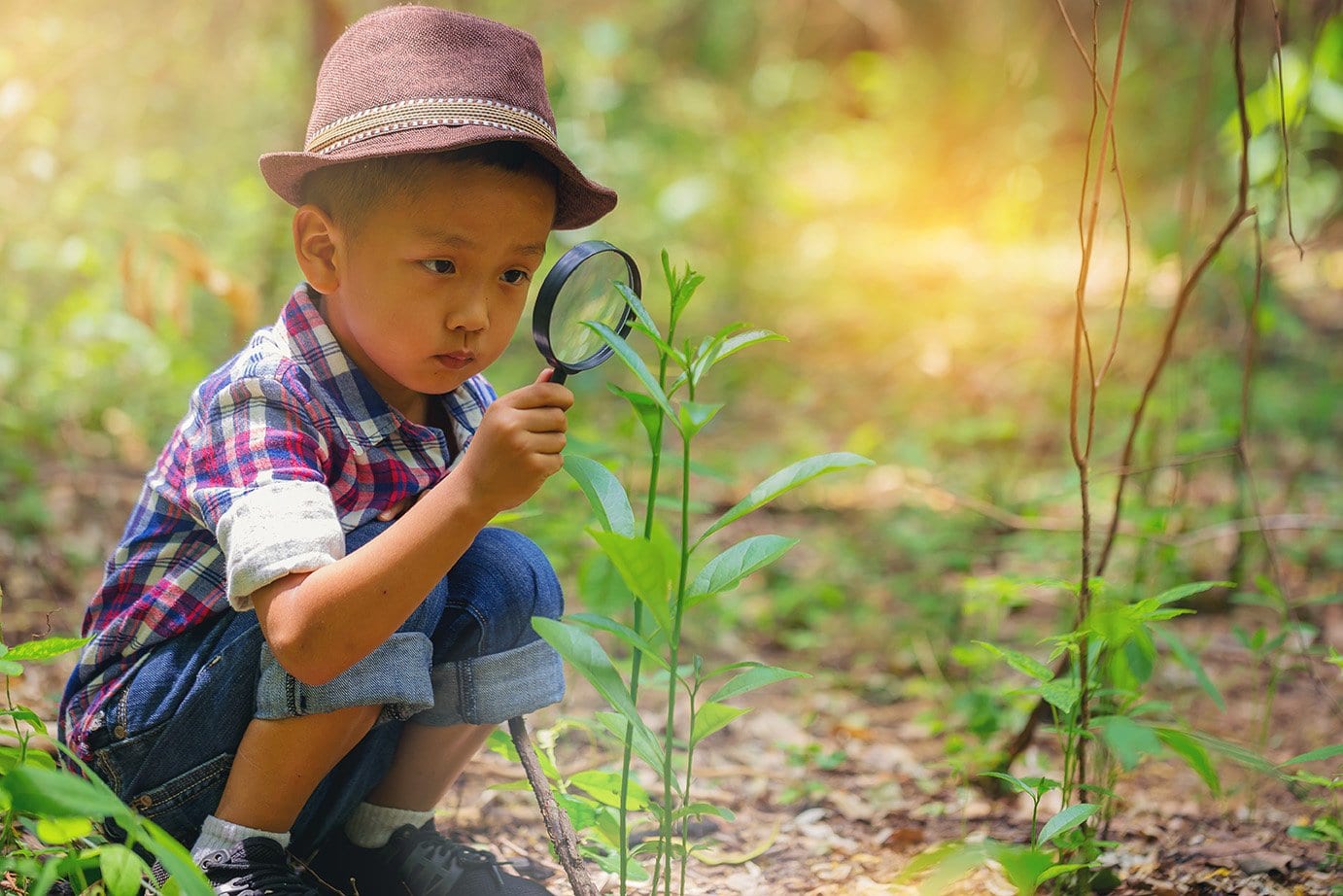 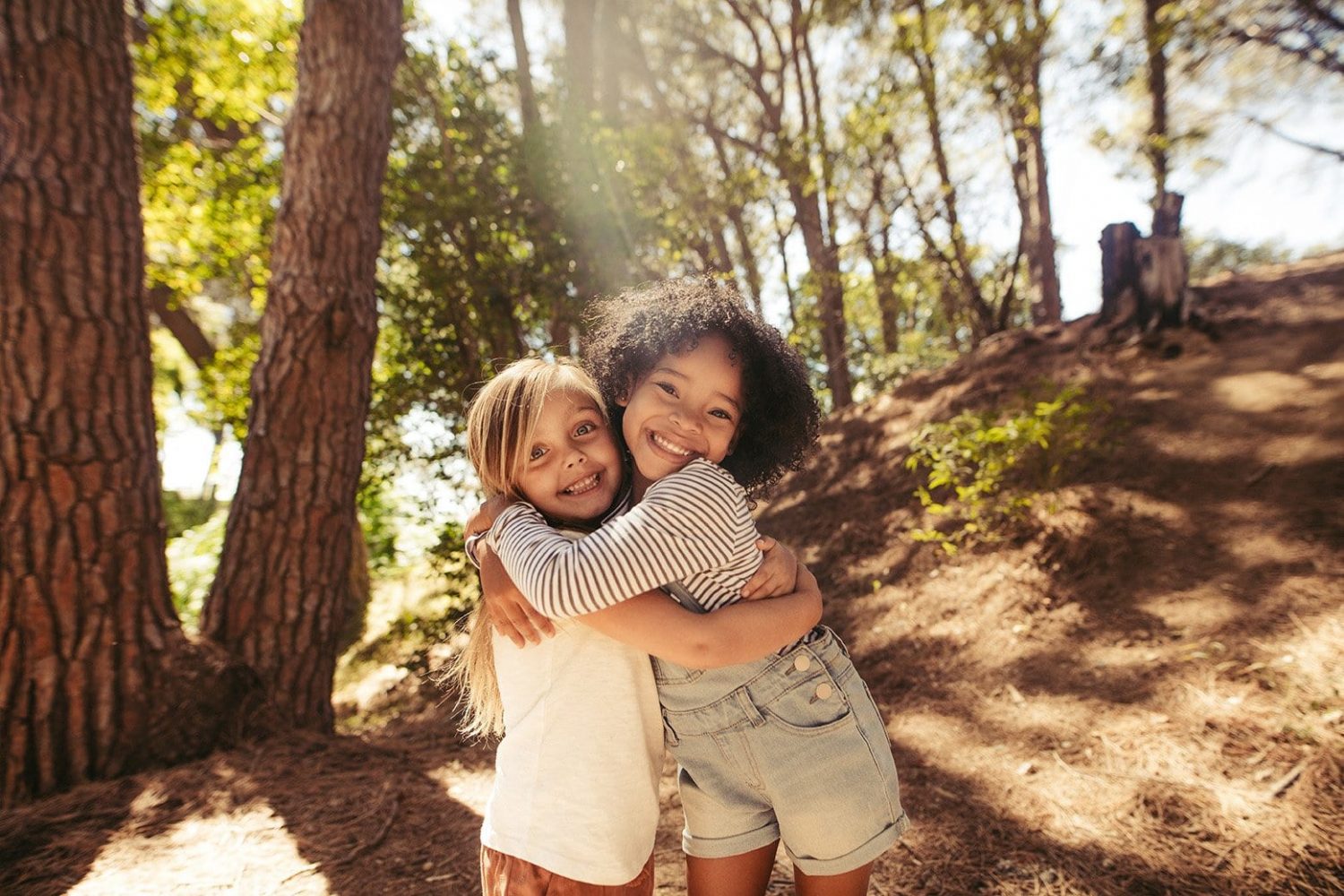 Having unstructured play time with other children gives kids an opportunity to learn how to work together, how to make friends, and how to share and cooperate. These essential socialization skills are more difficult to learn in a schedule packed with structured, pre-planned activities.

Our world depends on our future generations. Today’s children having a deep personal connection with the nature on this planet is essential for its survival. How could anyone know how to appreciate wild animals or playing in a stream if they’ve never experienced any of it? 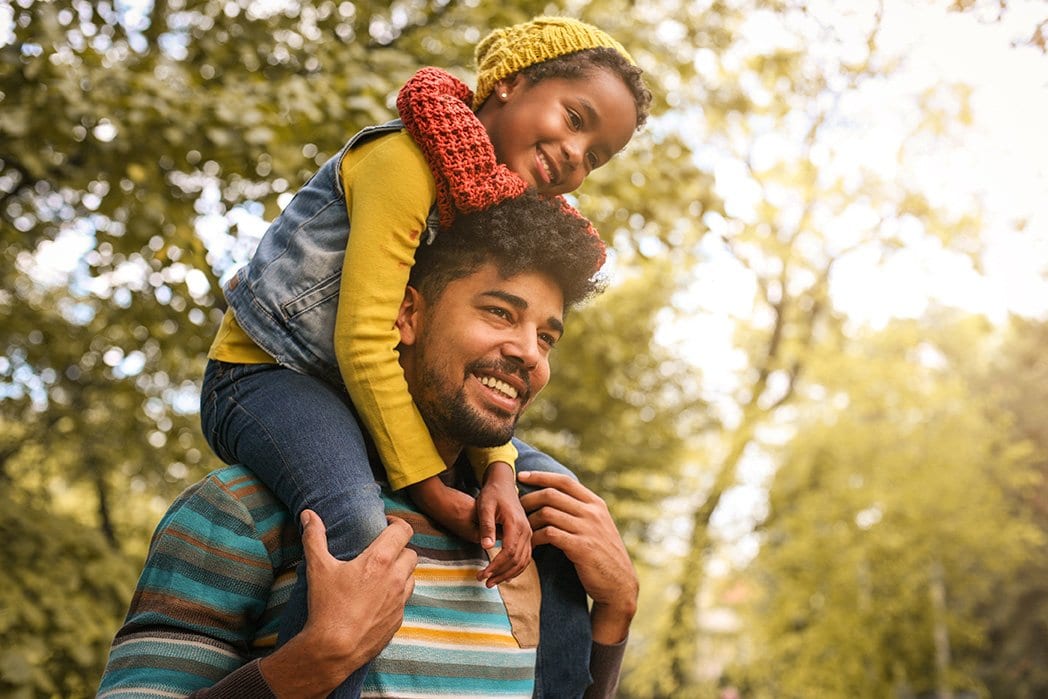