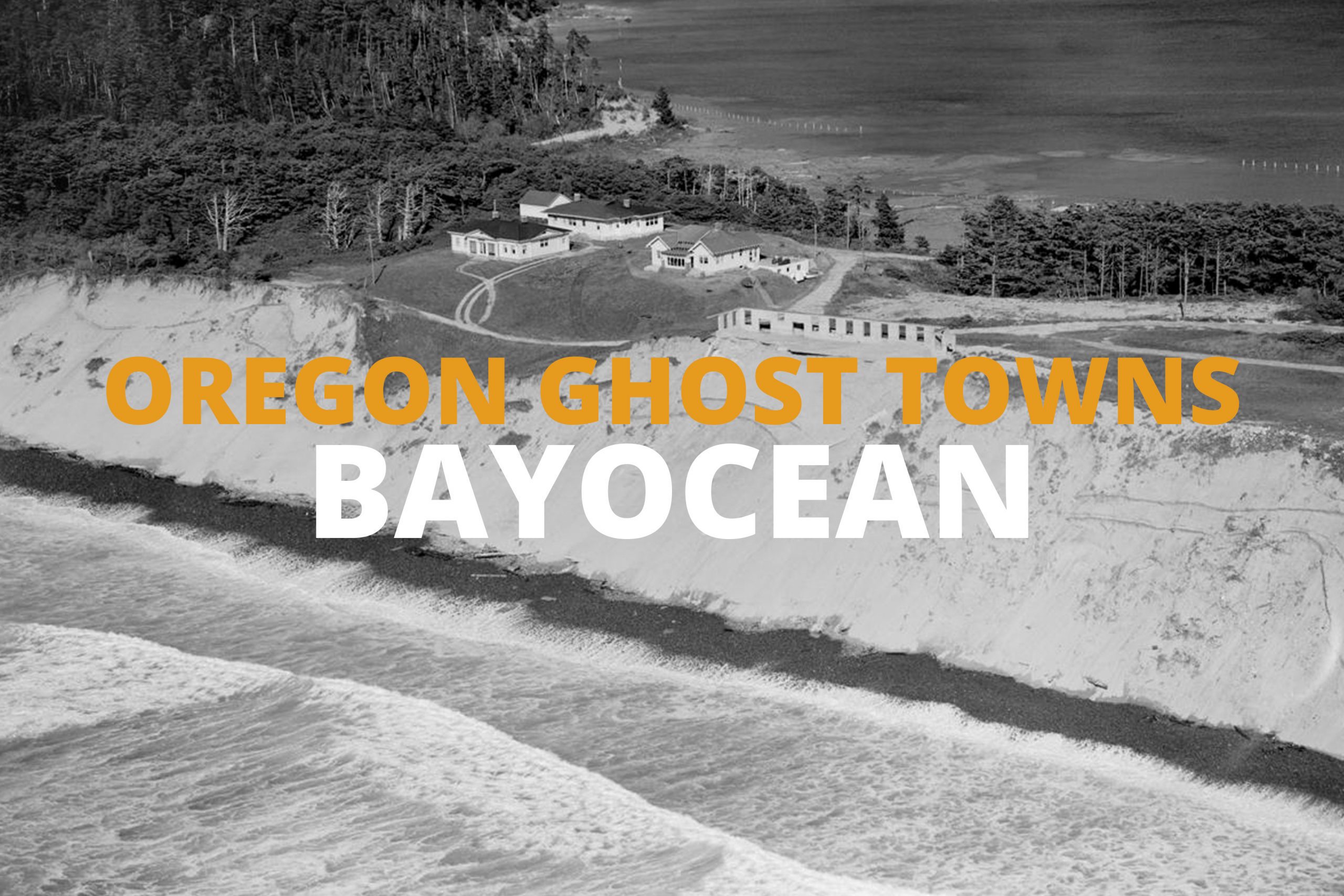 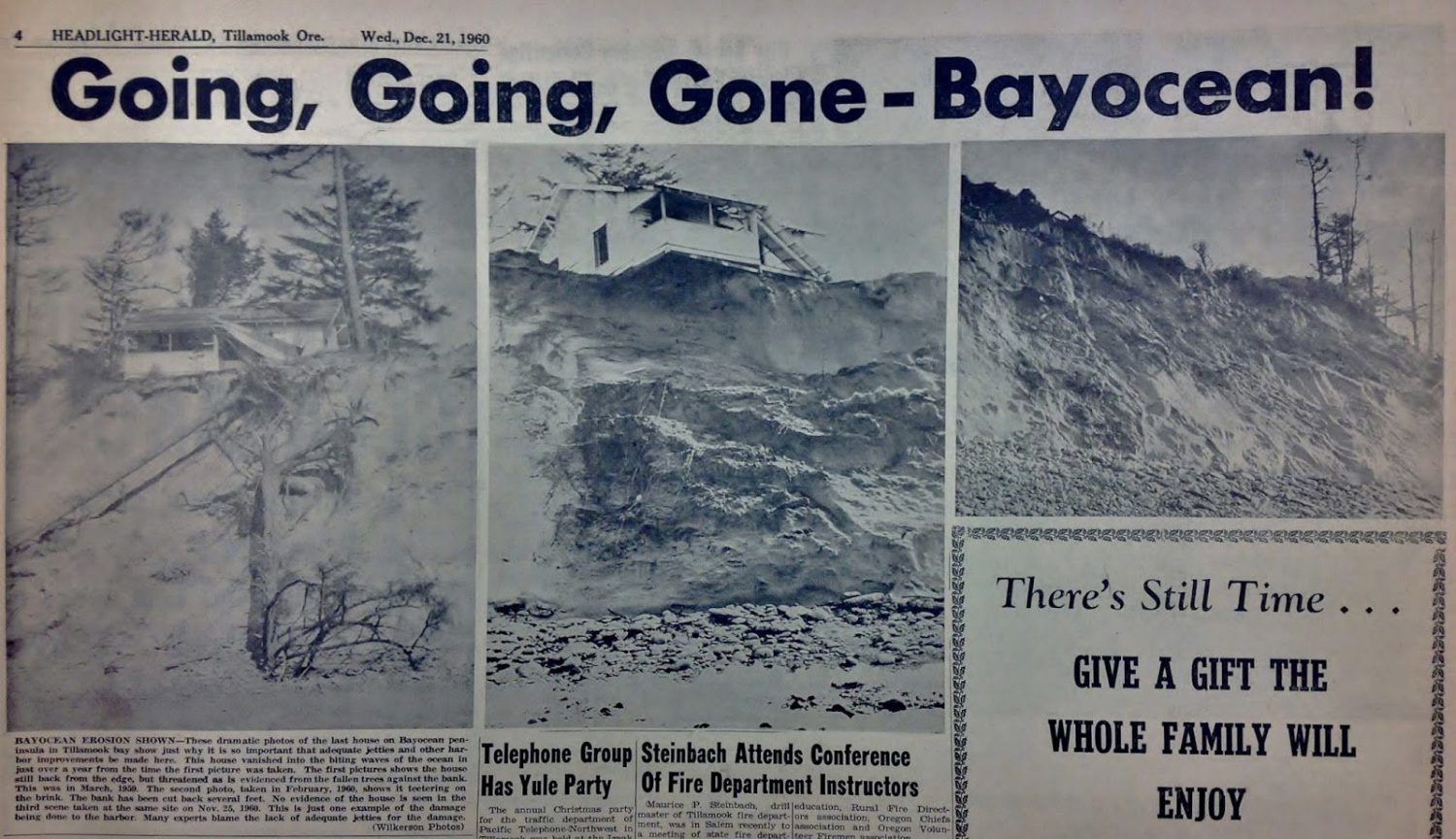 The Town That Fell Into The Sea

The last stop on our Oregon Tour of Ghost Towns has a defining feature that is not shared by our previously highlighted locations. Not only is Bayocean no longer inhabited, but also no longer standing. Bayocean was entirely swallowed by the sea decades ago and exists now as a reminder of what happens when man ignores nature.

“I can’t find any community down the Oregon Coast that would even compare to it. It was just absolutely a beautiful spot. Unique. And now it’s gone.”

A Brief History of Bayocean

Bayocean was a community in Tillamook County, Oregon, United States. Sometimes known as “the town that fell into the sea,” it was a planned resort community founded in 1906 on Tillamook Spit, a slight stretch of land that forms one wall of Tillamook Bay.

At the beginning of the 20th century, the Oregon coast was still mostly wild. Wealthy land developers from the East were drawn by the endless opportunities they saw in the large swaths of untouched ocean property, with dreams of taming the land into their very own versions of paradise. In 1906, the Potter family (who were already famously successful developers) were no different. They found a strip of land forming the western edge of Tillamook Bay, and saw the potential for the most lavish seaside resort on the West Coast. The Potter family concocted their plans for a Pacific side paradise and began placing enticing ads in local newspapers, inviting patrons and dreamers to invest in their grand idea.

By 1917, Bayocean had investors, a resort, a miniature railroad, a general store, a real estate office, a post office and was attracting vacationers from multiple states. The problem was passing the Tillamook Bar, one of the most treacherous passing on the West Coast, that all boats and barges had to clear to reach the city by the sea. The city decided to build a jetty to help calm the waters and the sediment build-up that made access to Tillamook Bay so desperately dangerous to seafarers. Instead of the suggested double jetty, only a single jetty was built on the north side of the bay, and that’s where the trouble started.

The result of a single jetty drastically affected the tides and currents coming into Bayocean. Erosion along the Bayocean spit dramatically changed, and by the 1920s, Bayocean began to fall into the sea. By the 1930s, the natatorium was reduced to a pile of concrete blocks, and the once-grand resort lay in complete ruin. 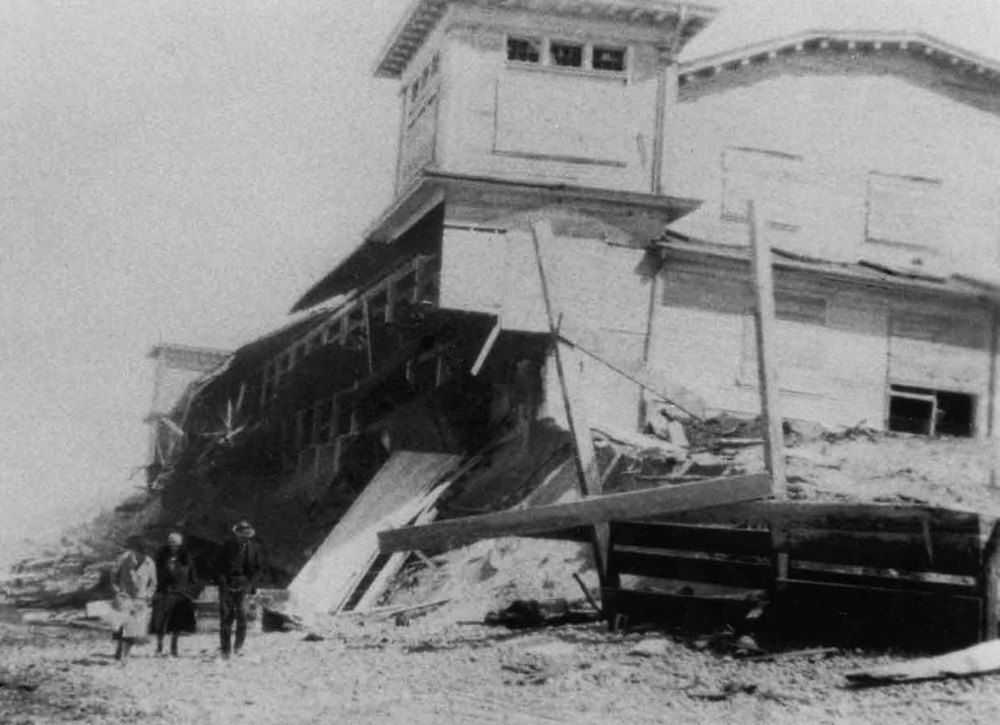