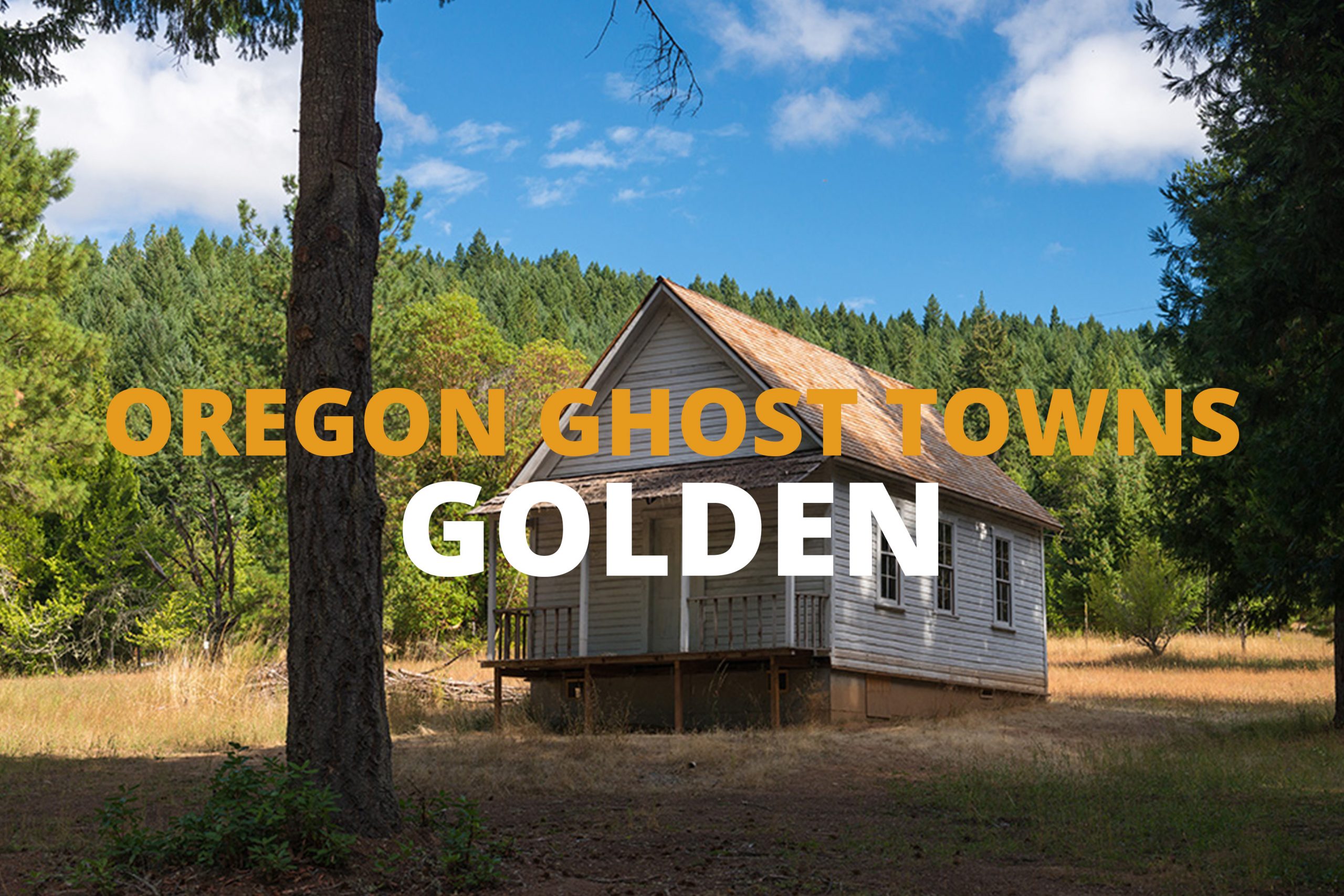 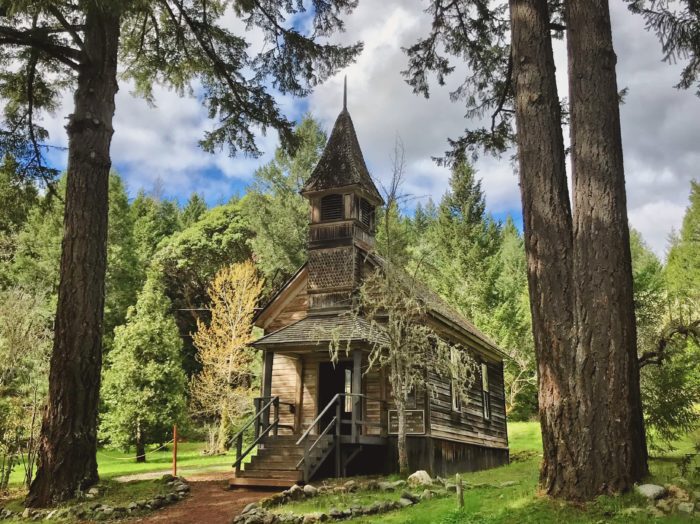 The Perfect Snapshot Of An Oregon Ghost Town

The fourth stop on our Oregon Tour of Ghost Towns is the unique and mysterious town of Golden, one of the only Ghosts Towns in Oregon to have once been a dry settlement. Golden is considered today to be a “True” Ghost Town.

"There’s a lot of intriguing stories that occurred here, so of course along with that came ghost stories or ideas of supernatural happenings,"

A Brief History of Golden

Golden is an abandoned mining town located at Coyote Creek in Josephine County, Oregon. The city was established during the 1840s gold rush (picking up on the theme here?) and began as a mining camp along Coyote Creek. When the Idaho gold rush began to pick up momentum in the late 1950s, the few settlers of Coyote Creek left with the hopes of finding more prosperous locations for gold mining.

A few years later, the original gold miners returned to find that their claims had been seized by a mass mining operation, employing 500 Chinese immigrants who were paid 10 cents per day to work the creek. After an ongoing dispute, the second operation eventually conceded ownership of the land.

Golden officially transformed from a mining camp to a town in 1890. The arrival of William and Ruth Ruble, along with their sons and their remarkable gold mining invention known as “The Grizzly,” quickly gained wealth and bought up land and claims to put Golden on the map. By 1892, there were over 150 residents along Coyote Creek, and Golden served as an outpost for additional individuals living in more rural nearby areas. The Ruble family were strict Campbellites who established two churches and forbade liquor or dance halls. Because of the religious overtones of the town, it was not uncommon for prospectors to travel to a placer mine on Grave Creek for “refreshments.”

Around the turn of the century, gold production began to slow and inevitably the population began to dwindle in search of more profitable opportunities. The post office officially ceased operations in 1920, and by the mid 20th century, the town was left completely abandoned. 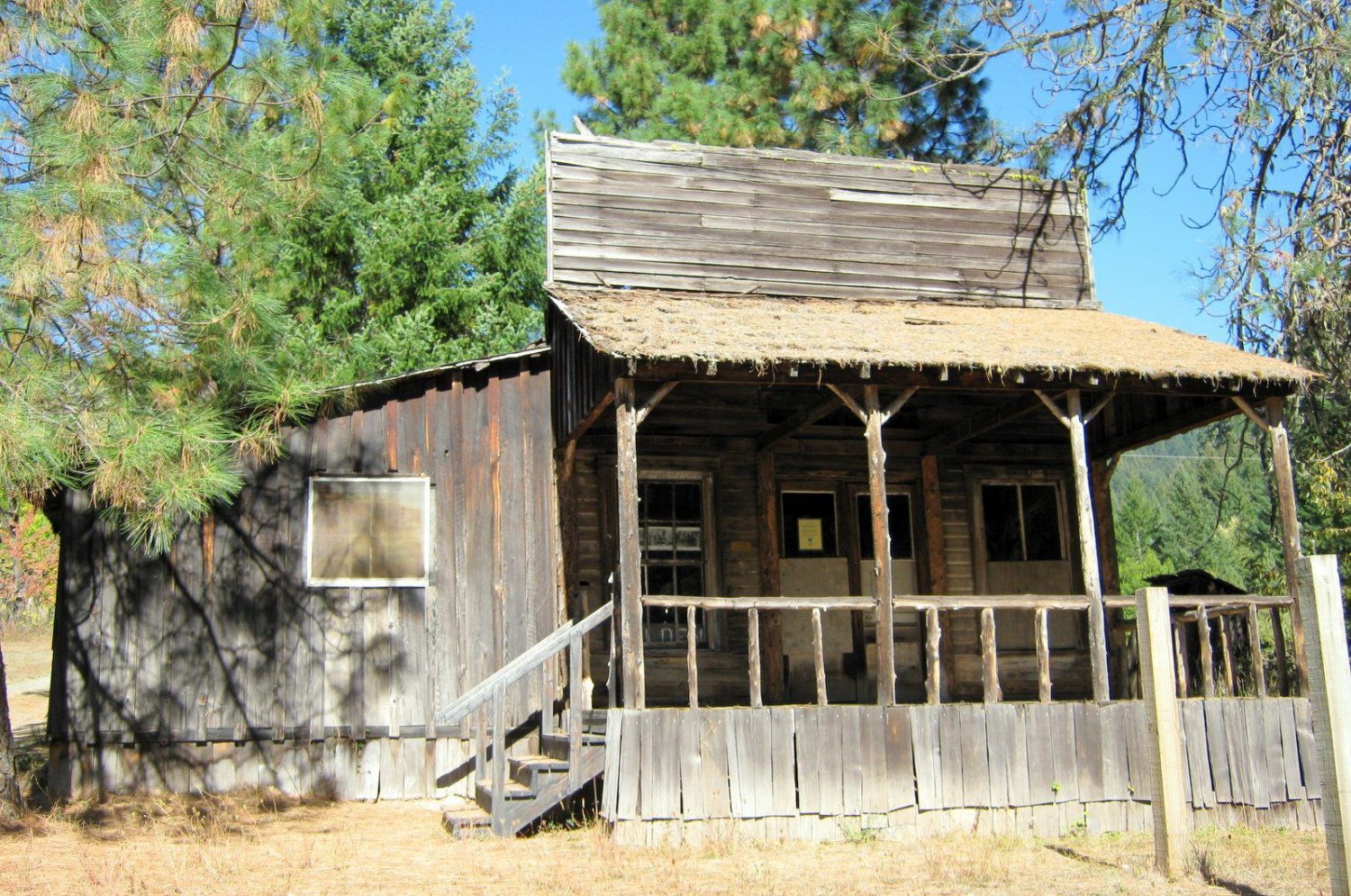